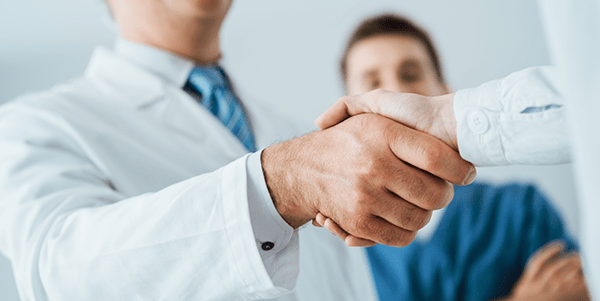 Cryosurgery is also used to treat tumors inside the body (internal tumors and tumors in the bone). For internal tumors, liquid nitrogen or argon gas is circulated through a hollow instrument called a cryoprobe, which is placed in contact with the tumor.

The doctor uses ultrasound or MRI to guide the cryoprobe and monitor the freezing of the cells, thus limiting damage to nearby healthy tissue. (In ultrasound, sound waves are bounced off organs and other tissues to create a picture called a sonogram.)

A ball of ice crystals forms around the probe, freezing nearby cells. Sometimes more than one probe is used to deliver the liquid nitrogen to various parts of the tumor. The probes may be put into the tumor during surgery or through the skin (percutaneously). After cryosurgery, the frozen tissue thaws and is either naturally absorbed by the body (for internal tumors), or it dissolves and forms a scab (for external tumors).

Cryosurgery can be used to treat men who have early-stage prostate cancer that is confined to the prostate gland. It is less well established than standard prostatectomy and various types of radiation therapy. Long-term outcomes are not known. Because it is effective only in small areas, cryosurgery is not used to treat prostate cancer that has spread outside the gland, or to distant parts of the body.

Some advantages of cryosurgery are that the procedure can be repeated, and it can be used to treat men who cannot have surgery or radiation therapy because of their age or other medical problems.

Cryosurgery may obstruct urine flow or cause incontinence (lack of control over urine flow); often, these side effects are temporary.

Many men become impotent (loss of sexual function). In some cases, the surgery has caused injury to the rectum.

National Cancer Institute at the National Institute of Health
www.cancer.gov